Sally Bates
Great service and prompt response. The technician was very knowledgeable.
Google
Jack Newman
excellent service! highly recommended
Google
DAVID RICHARDS
Recently Brian Mathew upgraded my tired 9 year old Toshiba laptop to a 64 bit system with a 250GB SSD - this has completely rejuvenated performance. The price was reasonable and Brian worked within the agreed timeframe over a weekend to minimize down time at my end. Today he quickly solved an urgent problem using Remote Viewer out of business hours. Brian is highly skilled and very professional. I highly recommend him.
Google
Racheal Ahmed
Thanks for your service. Highly recommend this business.
Google
Marco Fernandes
Brian was really professional and methodical in his approach to the repair of our family IMac. We were really happy with the overall job done and would highly recommend his services.
Google
Amber McDonald
exceptional service. Fixed all issues with my PC. will highly recommend to anyone
Google
Reviews 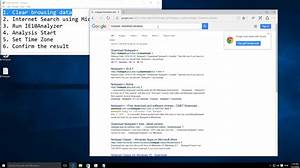 What is the Difference Between Internet Explorer and Microsoft Edge?

One thing to be aware of is that Internet Explorer is one of the most popular web browsers today. When it was first released, this was designed as a modernistic option for the casual user who just wanted to surf the web and visit websites that were not necessarily designed for Microsoft’s operating system. The design of this browser was quite simplistic.

Because of its simplicity, Internet Explorer quickly gained popularity among people who had no interest in being technical or graphics-intensive when it came to surfing the web. However, Internet Explorer’s light design made it difficult for people who used it to take advantage of all the features that a more robust browser would provide. Internet Explorer was also notorious for crashing frequently.

Now, let’s take a look at what is different between Internet Explorer and Microsoft Edge. These are the things that the two browser versions offer.

The first thing that is different between Internet Explorer and Microsoft Edge is their design. The entire browser is completely different from each other in terms of their appearance. They are both fairly simple to use, but not to the point where it is hard to tell them apart. Internet Explorer is always simple, while Microsoft Edge is more often than not flashy and exciting to look at.

In addition to having a larger selection of third-party applications, Internet Explorer’s design allows it to be considered as a more simplified browser than Microsoft Edge. In particular, it is easier to navigate with fewer options that are available.

The speed of Internet Explorer is also what separates it from Microsoft Edge. The speed that Internet Explorer offers has been improved since its release to include a number of features that are designed to make the browsing experience easier. Edge on the other hand is less compatible with third-party applications because the focus of this operating system is on delivering as many features as possible to users while still allowing them to use the application of their choice.

There is one other big difference between Internet Explorer and Microsoft Edge. One of the more notable features of Internet Explorer is its tabbed browsing experience. While this feature is not available in the new Edge browser, it is possible to use Microsoft Edge as a tool to browse the internet in a more traditional manner.

Although Edge is not compatible with tabs, you will still be able to continue browsing the internet while you work on another site by leaving all of your tabs open. This is especially useful for those who want to work on a website while staying focused on the task at hand.

The reason that the difference between Internet Explorer and Microsoft Edge has become so much discussed is because they are, essentially, browsers that are designed to do the same thing. Even though their design may be different, they still offer a similar experience to users.

FTTC vs FTTN: What are the differences?

20 Ways to Identify A Malcious or Dangerous Email

ADSL vs Cable In Australia – which is better?

Why is my NBN so slow?

Why Is Firefox Slow When Browsing the Internet?

Why Firefox Is Better Than Chrome?